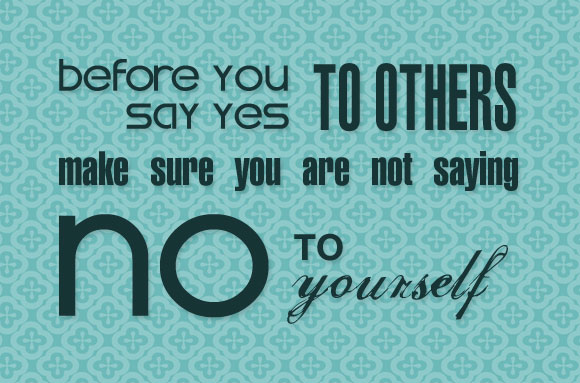 Last week my friend Naomi shared a problem she was having. She found that rather than writing whatever she felt like on her blog, she felt obliged to write posts based on what her readers were specifically requesting from her. Now this might sound like a nice problem to have – an audience so engaged they are actively determining the content of your blog posts. Yet this is where one of the huge ironies of blogging rears its head – you do your best blogging when you write what you want to write. When you are doing your best blogging, you attract lots of readers. When you have lots of readers it is the most natural of things to start writing for them instead of yourself. Unfortunately (and I am speaking from experience here) when you stop writing what you want to write and instead write for other people, quite a bit of the fun goes out of your blogging.

And this is where Naomi has found herself. She knows what the problem is and knows how to fix it, but feels terrible at the thought of having to say ‘no’ to the readers who write her with specific questions. Naomi is not the only who has trouble saying no – we ALL find ourselves feeling obliged to do things that we don’t really want to do and ‘feeling obliged’ is one of the worst reasons to say yes as it is a sure-fire path to resentment !

I spent years and years of my life saying yes to things I shouldn’t have and digging myself into a giant hole as a result. It took me even more years to figure out how to say no nicely. Which is why I thought I would share my patented 5 step process for saying no with grace!

1. Work out what is important to you

Before you can say no to anything, you need to know what things are important to you. Is it being able to come straight home after work in the afternoon? Is it being able to do the very best job you can for your clients? Is it having time in the morning to go for a run? Is it enjoying what you do?

In the case of Naomi’s blog, if she feels that she can’t write whatever she like there, then it becomes an obligation rather than an outlet that gives her heaps of pleasure and satisfaction. I say boo to that! So step 1 involves determining that writing for herself and no one else is massively important for Naomi.

2. Run all requests through a filter

And that filter is: If I am saying yes to this, what am I saying no to?

In the Swish office when someone calls up with an urgent, urgent job we have to consider who we are saying no to if we say yes, we can do that urgent job for you. Usually the people we are saying no to are the clients whose jobs we have to drop in order to work on the urgent job. Further, urgent/rush jobs are time pressured so we generally aren’t able to give them the same level of care and attention we usually do. Since it is important to us to do a great job for all of our clients, we need to think twice before saying yes to urgent jobs.

Same applies to Naomi – she has every right to want enjoyment and satisfaction from her blog. If she is always saying yes to reader requests, it means she is constantly saying no to herself and the goals she has for her blog.

3. Saying no doesn’t have to mean saying ‘no’

Us humans HATE saying ‘no’. We feel it makes us seem unhelpful, or mean, or rude or worst of all, that we’re going to disappoint someone. Eek! Happily, once you’ve run any requests through the filter in point 2 above, if you need to say no, you have a rock solid reason. That means you get to say:

So when Naomi says Look guys, I’m just going to go back to writing on the topics that I am most passionate about because that’s what gives me the most enjoyment from my blog, anyone who can’t accept that reasoning is not someone she wants reading her blog anyway!

4. Stick to your guns

Unfortunately there are always going to be people who don’t take your gracious no for an answer and for these people, you just need to be firm. You know why you have said no and you know that you’re not just being mean or petty so stick to your guns.

Ultimately there are going to be those times where you don’t say no and you regret it later. Don’t beat yourself up for being weak – just chalk it up to experience. The best thing about overextending yourself on occasion is the fact that it makes it MUCH easier to stick to your guns the next time round!

Some of the books Kelly has worked on are pictured below. Click here to see what these authors have to say about working with Kelly.